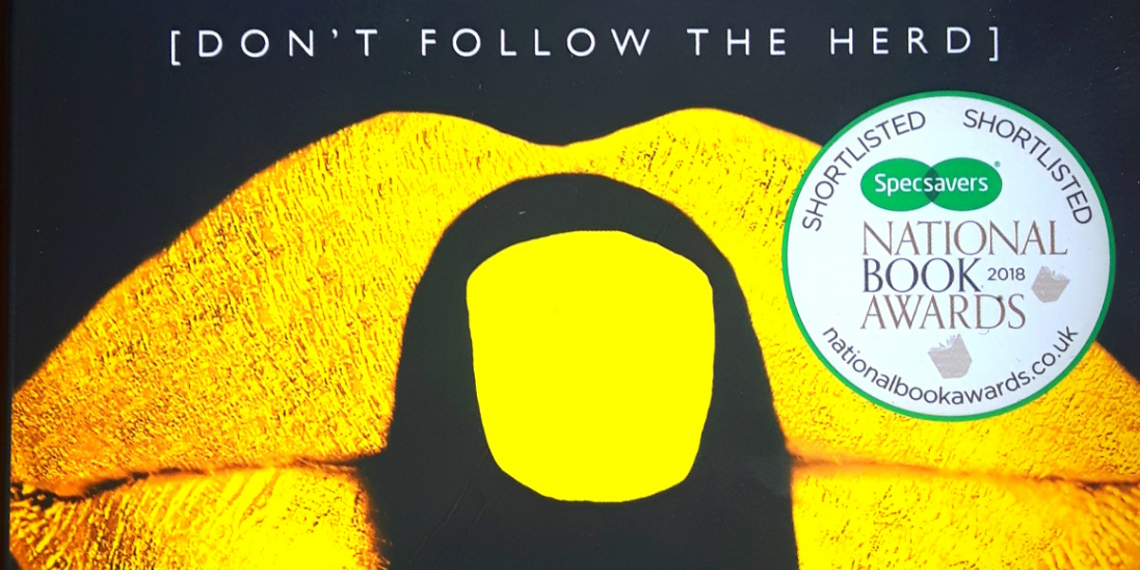 I spent the last couple of days in the company of the most entertaining, clever, and loveable women – Tara, Cam and Stella. In spite of the fact that I have been immersed very intensely in their lives for the past week, sweating real sweat of embarrassment and pity on their behalf, and shedding real tears with them, both for laughter and sadness, they are fictional characters, penned by author Dawn O’Porter. Her book The Cows is the best thing I’ve read this year so far. It is so spot-on with its depiction of women’s lives that I shouted YES! EXACTLY!! multiple times while reading it (mostly in my head, but that still counts). And here’s what’s so great about it:

The Cows discusses women. Not women’s relationships with men. Big difference. Unlike a lot of what is marketed as “Women’s Literature” – don’t get me started about the issues that this term brings along – it is not centred around romantic adventures. Of course there are men featured in the book, and the women portrayed are interested in them to various degrees, but they do definitely take a back seat. First and foremost, The Cows is about the questions and thoughts haunting women’s minds and the obstacles they face in their lives today.

The ones that takes up the most space, in the book as well as in public debate, concern motherhood and childlessness. The first page of the book states that “Cows are destined to be in a constant hormonal state, either pregnant or producing milk. A heifer is a piece of meat, merely a potential source of produce. Beyond that, they don’t offer much … apparently. Some might say this is reflected in human society and the way that it regards women.” Undoubtedly, whether a woman does or doesn’t have children is a topic that often seems open for everyone to discuss. And although presumably most people would agree, when asked directly, that the decision to have or not have children should be made by every woman for herself, without pressure from anyone else, the real life handling of this issue is somewhat different. I have heard female friends say that they find it understandable that employers are less enthusiastic to employ women between ages 20 and 45, because if they got pregnant that would be a nuisance. A friend of mine recently stated rather matter-of-factly, that she could not apply for new jobs, after having lost her old one, because she and her husband were trying to conceive a child in the near future and that she wouldn’t want to mislead or cheat potential employers in that manner. If these women really had a choice free from social and societal pressure, they would never even have to predict a conflict between work and kids.

And external interference does not only concern professionalism. There is a scene in one of my favourite tv-shows, Please Like Me, that summarises the extent of the ease with which women are casually rebuked for whatever stance they take on motherhood. The recurring character Hannah, portrayed by comedian Hannah Gadsby, lets her friends Rose and Stuart know that she does not want to ever have children. Stuart’s reaction: “That’s a shame with those hips. […] You’ve got hips for Australia.” When she strikes back verbally, he tries to make her come-back look like an over-reaction: “Settle down. It’s just an observation. I didn’t know you’d be so sensitive, did I? Didn’t know you wanted kids”, to which Hannah responds, rather brilliantly, “I don’t want children. What I want is you not to think about it. It is none of your business. Do you go up to people in wheelchairs and say ‘Oh, you should get a desk job, you’ve got half the furniture’?” I am sure, every woman has been confronted with similar remarks concerning her aptitude to bear or raise children. In the first year after my wedding, I’ve been asked so many times by relatives and friends whether I was pregnant yet, that I stopped counting. And I’m sure that none of them wanted to cause me harm or distress or even saw it as a breach into my private sphere – the enquiries were just well-meant and honestly interested. But I my body is not to be a subject of public interest. When and if I have something to discuss in this area, I will discuss it with whomever I choose. But unless I do so, I want them not to think about it, to say it with Hannah’s words.

The characters in The Cows each fight their own battles over the question of motherhood. Tara has to face judgement for her decision to raise her daughter Annie on her own, initially from the other parents at her school, then from a broader public. At the same time, she has to defend herself at work for having a child at all, and not be available at all times like her male co-workers are. Cam, who does not have and does not want children, is constantly categorised as either a lesbian, or as a late-bloomer who will one day deeply regret not having had kids, or as a weird loner/psychopath type. Stella, who desperately wants a baby but cannot have one, is forced to deal with the repeated baby-related interrogations of her friend in addition to her own trauma. In these three women’s thoughts and conversations, The Cows raises many interesting questions about the ethics of motherhood. Is it a waste of your womb to not have children, especially when other women might want to have children and not be able to? Is it a waste of your professional and intellectual potential to become a full-time mum? Is it okay to say publicly for years that you don’t want children, and then change your mind, or vice versa? Is it okay to never tell a former sex partner about the child he fathered? Is it okay to plan to get pregnant on a one-night-stand?

While I perceive motherhood and childlessness to be the most prominent issues of the novel, I would say they only take this role by a narrow margin. Another one of The Cows’ principal points of interest is the internet. Among themselves, the characters get to experience it as a tool of distraction, destruction and empowerment. While Tara experiences the internet as a wild beast that is intent on smashing her offline life to pieces, Cam has tamed the beast and kept it as a pet for years, earning a very good living with a feminist lifestyle blog, and Stella moulds it into a comfort or a production animal in turns. It is represented from both its pretty and its ugly angles and it takes the characters a long time to learn how to utilise it to their own advance.

Aside from this struggle with twenty-first century technology and connectivity, there are plenty more questions featured in the novel that are likely to occupy women’s minds: The complexity of female friendships, with both the conflicts and emotional damage that are likely to emerge in any long-time relationships, as well as the deep love and support that can be shared through such a bond. Grief for long or recently lost dearly beloved ones, grief for missed opportunities, grief for a past that cannot return. Breast and ovary cancer, as well as other issues of female health and hygiene. Sex of course – and hot, cheeky, fun sex nonetheless. The importance of self-fulfilment. Family relationships and responsibilities, between members of all generations. All of these topics are hugely relevant and paint a nuanced picture of womanhood today. Even though Tara, Cam and Stella are analysed, compared and judged by everyone all the time, the only view on their lives that actually matters is their own.

The Cows is a very very clever book, that keeps you thinking long after you’ve finished it. At the same time it is funny and tragic, not sugar-coating or romanticising any situation, but always taking women seriously. Through all of this it manages to remain so bloody entertaining and to drive home its message unmistakably – women themselves have the right and the power to shape their lives. Even though Tara, Cam and Stella are analysed, compared and judged by everyone all the time, the only stance that actually matters is their own. It’s our own decisions that count and we cannot be forced to follow the herd!

Bike Trip to the Tree 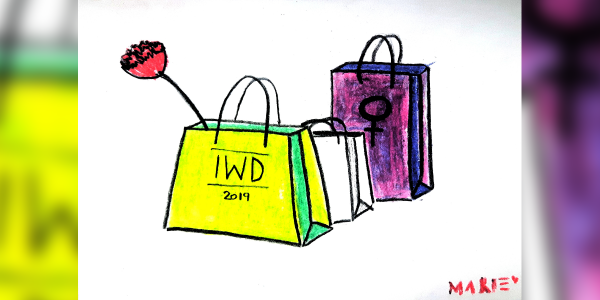 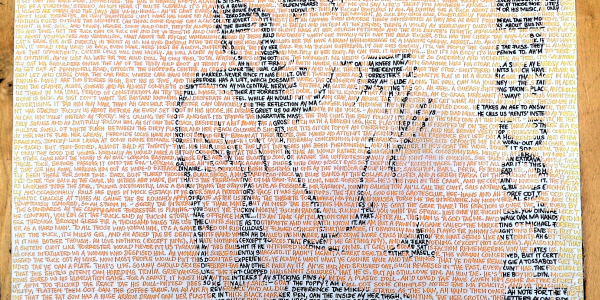